Script
Directions
Cinematography
Acting: (What do we consider "great" onscreen performance?) Method, Realism, Naturalism -- and Acting for the camera. 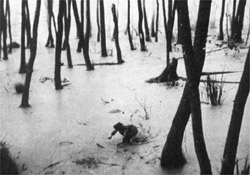 Walter Benjamin wrote that
On his endless walks through the streets of London with their black and red houses, Chaplin learned to observe. He has himself told how the idea of bringing this character with the jerky gait, the small cropped moustache and the bamboo cane into the world first came to him when he saw office workers coming from the Strand. To him, this specific demeanor and this clothing expressed the ethos of a man lingering over something (311). *

Progress in arts -- to abstruction? Or opposite.

Aesthetics : What is How

use (slide) presentations in class --