Chapter One - Film Production, Distribution, and Exhibition
Mechanics of the Movies [vEconomy]
Bringing the Film to the Spectator
Box: Independent Production and Mainstream Hollywood: The Case of Good Machine
Making the Movie: Film Production [ use film directing pages ]
Modes of Production 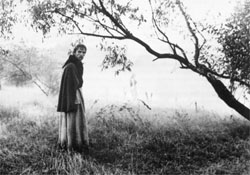 With the explosion of “Making of” documentaries, books, and Internet sites you could choose not to do a case study in class. Instead you could give your students a choice of recent films to study on their own.

You may wish to assign students to choose a recent film and write a research paper on its production (ideally from preproduction to distribution). Periodicals that regularly cover various aspects of film production include: Variety (business), American Cinematographer (case studies of cinematography), Cinefex (detailed case studies of special-effects in film). Certain films obviously receive more extensive coverage than others. For example, the first animated feature created entirely through computer imaging, Toy Story, was widely discussed in both the specialist and the popular press.

The local exhibition scene in your town offers another excellent opportunity to assign your students simple original research projects likely to interest them. Depending on the size of your town and how many theaters it has, you might assign each student or a team of students to keep a journal on a theater or a single screen in a multiplex. Depending on the extent of the project, they could keep track of what films play and for how long and perhaps also how they are advertised in local papers. Some popular films play on two or even three screens in a multiplex during the initial weeks of their release, and then move to only one. Films with disappointing box-office returns may be relegated to a smaller auditorium or play only a few evening screenings while the same screen is used in the afternoon for children’s matinees. Tracing such patterns and trying to explain them can teach students a great deal about both distribution and exhibition.

Another possible assignment would be for a student to keep a journal on the national and perhaps international distribution and exhibition of a single film for most of a semester. The student could trace box-office results, number of theaters the film plays in week by week, and the coverage of the film in the popular and specialist press. (Variety deals with this kind of information in a detailed but accessible way, and even Entertainment Weekly is often a surprisingly good source for material on the film industry.)

Finally, you might consider assigning your students to compare the theatrical version of a film with the same film as shown on broadcast television. Ideally this would involve a recent film available in a letterboxed version, compared with the broadcast premiere. (If your department has a media study center, such tapes could be made available to students.) Focusing on differences of format, sound track, and even content of individual shots draws students into a closer concentration of film technique, even if they have not yet read Chapters Four through Seven. Obviously it would be best to choose a film in which significant differences are likely to occur, owing to violent or controversial content. We mention The Silence of the Lambs as one such film, but others are easy to find.